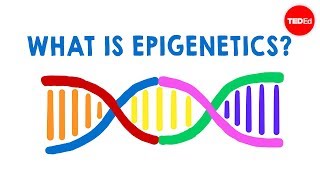 Nature vs. Nurture: Genetically Identical Twins May Differ In Traits Due To Epigenetic Changes From

Our tolerance for alcohol, musical talent (or lack thereof), or our personality traits can come from our genes or our upbringing. These two distinct views — nature or nurture — offer opposing explanations on how social behaviors develop and stay with us and our future generations. However, it’s not only our life experiences that influence our genes directly, it's also what our ancestors did centuries before we were conceived. In Ted-ED's video, "How the choices you make can

Research has revealed that just one 20 minute session of Hatha yoga considerably improved speed and accuracy on tests of inhibitory control and working memory, 2 measures of brain function involved in the ability to maintain focus and take in, retain and also make use of new information. Individuals that took part in the study performed considerably better right after the yoga practice as opposed to after moderate to vigorous aerobic exercise for the identical time period. Th

Can Stress Make It Harder To Get Pregnant?

Couples struggling to conceive hear it all the time: Stressing about getting pregnant will just make it harder. Except being told that typically just causes even more stress, throwing those who are already under serious pressure into a bigger spiral of anxiety. But does being frazzled really make it harder to make a baby? The relationship between stress and infertility is a complicated one. Some research has suggested that yes, stress can hinder conception, while other studie

An interdisciplinary team of developmental biologists and engineers at the Francis Crick Institute and the University of Maine have developed a new microfluidic tool that allows them to reproduce – in the laboratory – the same environments that cells are exposed to during the earliest stages of embryonic brain and spinal cord development. The tool, designed and fabricated by the MicroInstruments and Systems Laboratory at the University of Maine, is based on a technology calle

Triplet and Higher-Order Births in US Down 41%

The rate of triplet and higher-order births rose rapidly during the 1980s and 1990s, but that trend has ended. According to a new report from the National Center for Health Statistics, the rate of triplet and higher-order births plunged 41 percent from 1998 to 2014. More than 90 percent of these births are triplets. Almost all of the decline occurred among women 25 and older, particularly women 45 and older, a drop of 67 percent to 769.9 per 100,000 births from 2,326. Non-His